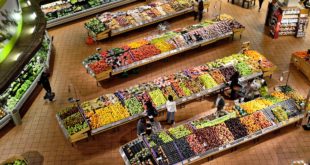 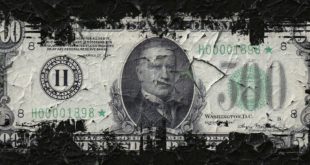 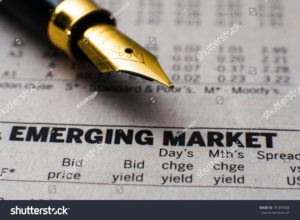 Emerging and developed markets have a different nature especially if we look at some economic keys and aspects like labor, inflation, liquidity, transparency, growth and others.

In stable economy, developed markets are naturally predictable in some sectors because they are very good correlated to each other financially and economically. For instance, EU and US stock markets have technically very similar price movement and similar interest rate level and even the same for the volatility values. The chart below demonstrates the curves of those stock markets that reflects the major indices price over ten years started from 2008 at which the financial crisis hit the markets.

However, this harmony could turn to a serious problem when recession occur and hits those markets. The growth will decline to a very low level as it happened to the most of EU countries and US. The economy growth plunged to a negative value in 2008 until late 2010. In this period of time many jobs have been lost and the market headed into a recession. 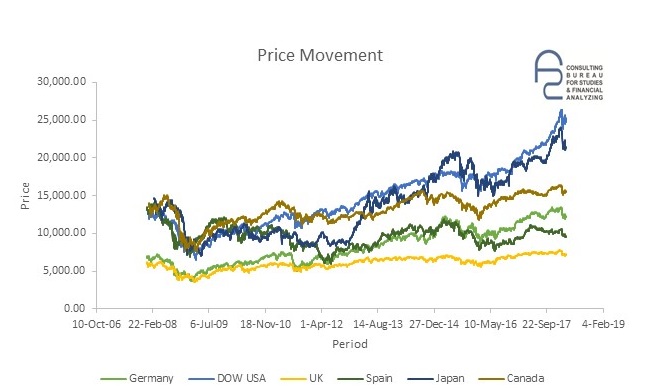 If we look at the next chart, the GDP growth curves of developed markets seem as if they are banded in one corset. This market situation may alert the investors to decrease the capital exposure and look for  alternative opportunities somewhere else where the systemic risks are less. 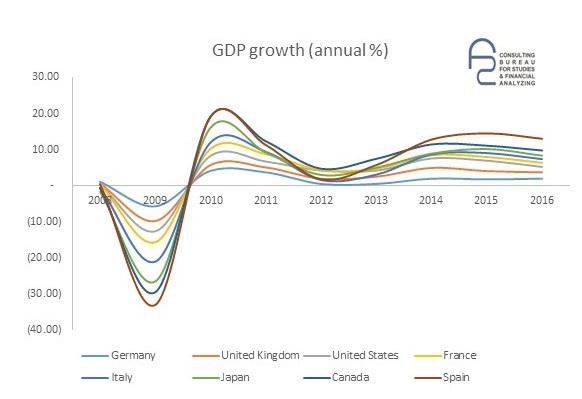 On the other hand, emerging markets are less correlated to each other and to the rest of the world but in some way they rely on each more than they do toward industrial economies. They act randomly in unpredicted way. Basically, the stable markets are desired for the most of investors, but once the crisis is happened emerging markets could be the right place to do business. The chart below shows the price movement regarding various emerging markets, which perceives that each curve is shaped differently. Furthermore, this could indicate that these markets are an opportunity itself.

If we compare the next chart which presents the GDP growth of emerging markets with industrial countries, we can observe that most of those countries had a positive growth value especially in crisis period from 2008 to 2010, they could survive and minimize the losses. 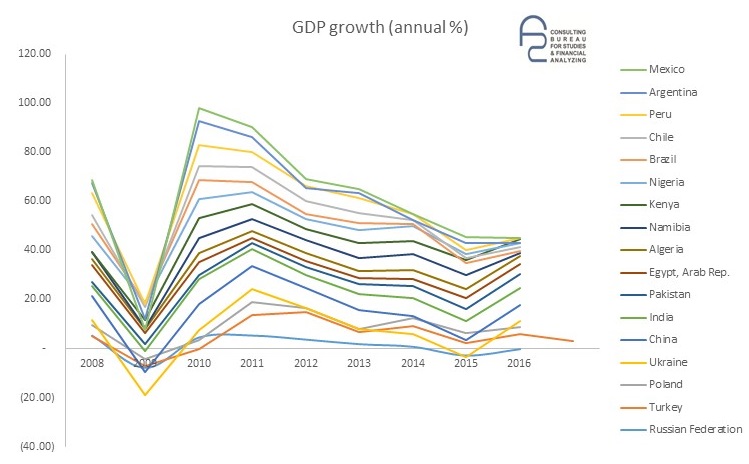 There are some reasons to explain the difference between developed and emerging markets. First, the transparency is one of most important factors. Emerging markets have low transparency compared to developed economies. According to CPI index, the CPI score relates to perceptions of the degree of corruption as seen by business people. It could be understood as unable to sharing  accessible market’s information clearly. Further, the index ranges between ten for highly clean and zero for highly corrupt. The chart below shows the degrees of transparency of both markets. As we can see that most of industrial economies have a high degree of transparency while on contrary according to emerging markets. 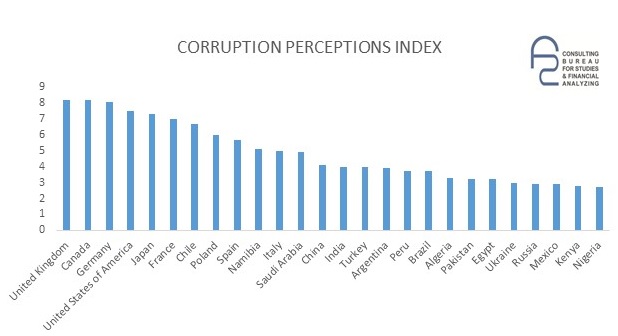 Second, market’s needs are the other factor that determines weak correlations between emerging economies. With other words, exports and imports are varied and heterogeneous. Bear in mind that those economies depend on raw materials like oil, gas, and some others. Third, the difference of financial controlling system between them. Moreover, the liquidity of stock market (size) is not that big to be affected by every crisis could hit the international economy.

Finally, some of emerging market started and increased some kind of industries that developed countries has abandoned like textiles, food, and other manufacturing industries meanwhile the concerns of industrial countries focus on heavy and tech. Industries which could suffer from being sold especially in time of crisis. This remarkable turn makes emerging economies in a very good situation during the recession. Nevertheless, choosing a convenient business environment among emerging markets could be hard but could also eliminate the risks in fluctuated economies.

Nonprofit organizations are a corporate structure which seeks no profits against the services they provided; …