Home / Cryptocurrencies as a New Cash Means (Part I)

Ikbal Abduljabbar March 20, 2018 Uncategorized Comments Off on Cryptocurrencies as a New Cash Means (Part I) 3,522 Views 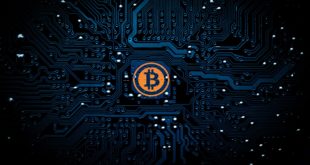 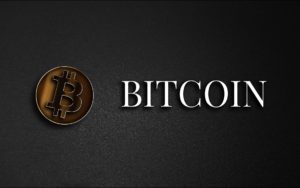 In the past two years, cryptocurrency drew the attention of financial markets and governments as well. In spot news and in the first title of digital magazines still bitcoin and other similar currencies pop up as investment vehicle and considered as financial means for many market participants. They are transacted and used over the Internet outside the existing banking and governmental institution system.

Technically speaking, digital currencies use decentralized control as dissimilar to centralized electronic money and central banking systems. They are controlled and provided by so called blockchains or “blocks” which is a public transaction database, each block is linked to a previous block, a timestamp and transaction data to avoid the need for a trusted third party. Furthermore, their working process is growing by a list of records.

Historically, it was first designed by the American cryptographer David Chaum In 1983. He  conceived it as cryptographic electronic money called ecash to assist  withdraw notes from banks and create specific encrypted keys before it could be received by the other parties. This made the digital currency untraceable by the issuing bank, the government, or a third party.

Nowadays, there are dozens of these alternative currencies “cryptocurrency”. There are 1663 active in the international financial system. The most traded digital currencies recorded  in 2018 after Bitcoin are Tether,  Ethereum, Ripple , EOS, , and Qtum. Further, Market Share of Top 20 cryptocurrencies are presented by the following chart. As we conceive in the graph, the Bitcoin exceed one third of market share with 40% followed by Tether which occupied 16% of market share then by Ethereum 12%, Ripple 6%, and EOS 5%, etc… The motivation behind buying and demanding that digital currency rely on the criteria of currency itself, which are unit of account, a common means of payment, and store of value. Failing one or all of these criteria could not qualify the virtual currencies as other physical currencies. According to the criteria, there are no enough goods priced and traded by using the digital currency so this doesn’t make it as a common means of payment. Second, the high volatility of its prices makes this kind of currency very risky and push it out store of value box. Third, cryptocurrency doesn’t have an institutional backup like central banks so this doesn’t make it act as an unit of account.

However, people use the alternative currencies to make transactions faster, easier, and less controlled by institutions and governments. Further, this could rise the risks of trafficking drags and money laundry and others illicit actions. Nevertheless, governments use it as a tool to implement their policies on the international field.

Accordingly, the world is divided between supporter and opponents, some countries like England and Canada cited that digital currency is useful and efficient to the economy and to the world financial system. Further, China planed for initial coin offerings (ICO) and Germany required more controlling by Federal Financial Supervisory Authority (Bafin). On the other hand, Russian central bank refused this form of private currency.

Finally, using of cryptocurrencies is increasing which may put the international financial system in a very critical situation if it isn’t driven and managed properly. It could lead to bad scenarios like chronic volatile prices or demolishing liquidity and ends up in financial crisis. However, if they are controlled and backed up by institutions like other physical currencies, it would lose its nature and be jammed.  Part II will be more analytically taking into account volatility and liquidity of the digital currency in comparison with other investment assets.